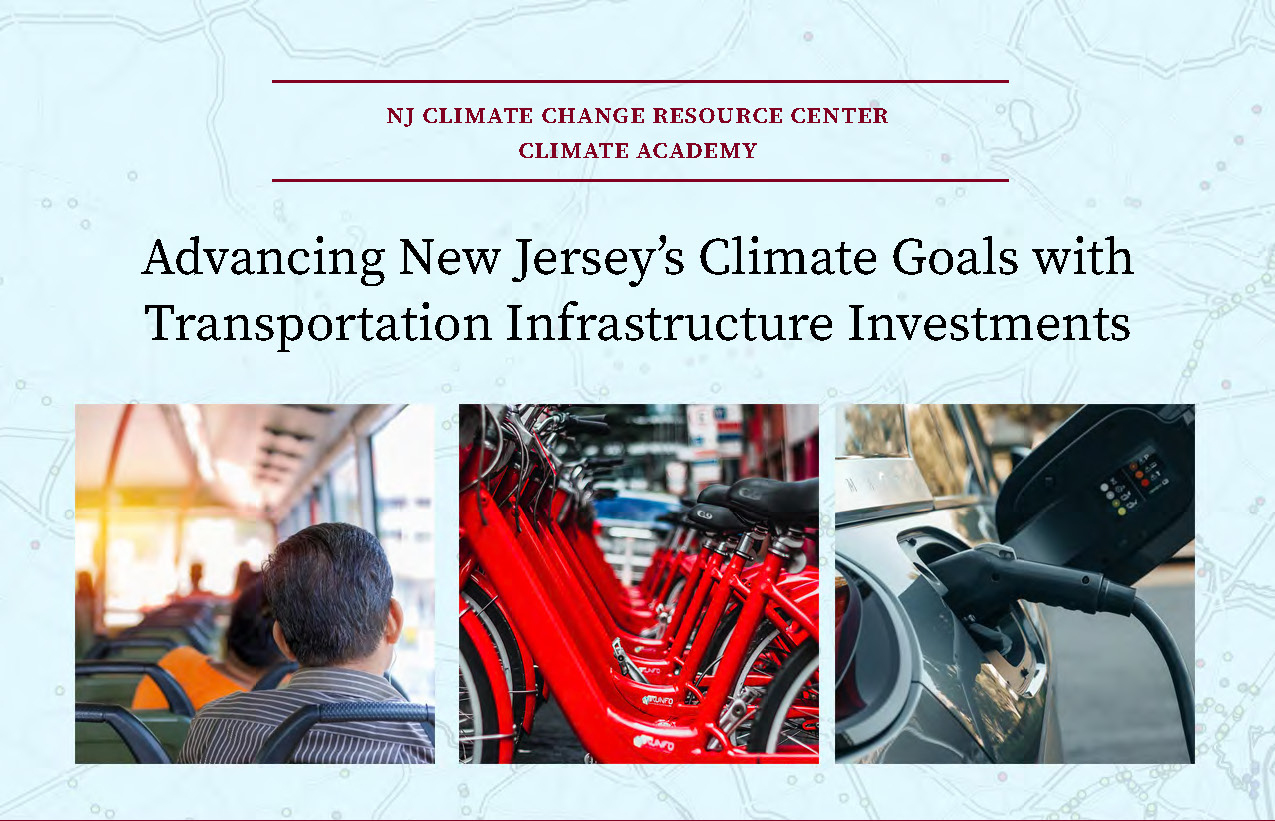 Watch the recording from this virtual Climate Academy to learn how different scenarios of federal transportation investments may contribute to New Jerseyʼs efforts to achieve its statewide 2030 and 2050 greenhouse gas emissions limits.

The transportation sector is responsible for roughly a third of the U.S.ʼs carbon dioxide pollution, with about 80 percent coming from cars and trucks on the nationʼs roadways. With its authorization of $1 trillion over five years, the federal Infrastructure Investment and Jobs Act (IIJA) represents a historic investment in the countryʼs transportation systems and infrastructure. Those investments have the potential to contribute significantly to the nationʼs efforts to achieve major reductions in the emissions and pollution that contribute to climate change.