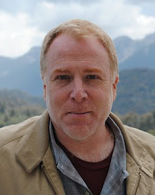 Weiner is the Past President, and was the founding President, of the New Jersey-Pennsylvania Chapter of the American Association for Public Opinion Research and is currently on the Executive Council of the Association of Academic Survey Research Organizations as Program Chair. At the graduate level, Weiner teaches Survey Research Methodology, Advanced Qualitative Methods, and a graduate-level course in Demography and Population Studies. In prior years, he has taught Methods I (Research Design and Data Analysis for Public Policy) and Methods II (Advanced Data Analysis for Public Policy / Regression Analysis). He is also is active in the administration of the undergraduate faculty, and teaches Introduction to Planning, Public Policy and Health and Demography and Population Studies for undergraduates.

Previously, Weiner was at Princeton University’s Office of Population Research where he served as Project Director for the Campus Life in America Student Survey, a Ford Foundation funded effort to explore diversity in higher education (2004-2006). Prior to that, he served as Assistant Director of the Princeton University Survey Research Center, where he directed or managed surveys collecting data for research housed in sociology, psychology, political science, population research, and higher education (2001-2004). As a lecturer for Rutgers’ political science department he taught “American Party Politics,” “Law and Politics,” “Elections and Participation,” “American Government,” and “Introduction to Political Science Research Methods.” Weiner was a 2000-01 Graduate Fellow at The Eagleton Institute, and served Eagleton’s New Jersey Project’s 1998 and 2000 Congressional Campaign Watches, and the 2001 Gubernatorial Campaign Watch as coordinating methodologist. He was also Executive Manager (1997-99) and Assistant Director (2001-02 and 2003-04) of Rutgers University’s Walt Whitman Center for the Culture and Politics of Democracy.

Weiner received his doctorate in political science from Rutgers University, New Brunswick, in May 2005 for research focusing on the changing role of the American electorate in the political party system. He received a 2002 dissertation research support grant from the Horowitz Foundation for Social Policy for his thesis, Fifty Years On: The American Electorate’s Evolving Participation in a Responsible Two-Party System (Gerald M. Pomper, director). He studied political methodology at the University of Michigan (ICPSR, summer 1998) and Princeton (Woodrow Wilson School, fall 1998). He has a juris doctor from Widener University (1986) and a bachelor’s degree in political philosophy from Syracuse University (1982). Before returning to the academy, he practiced trial law in the New Jersey state and federal courts. During that time he served as a law clerk in the Superior Court of New Jersey, Law Division, was certified as a New Jersey Department of Public Advocacy special mediator, and as a special hearing officer for the federal Department of Housing and Urban Development. He is an inactive member of the Bar in New Jersey, Florida, and the District of Columbia, and is particularly fond of miniature schnauzers.