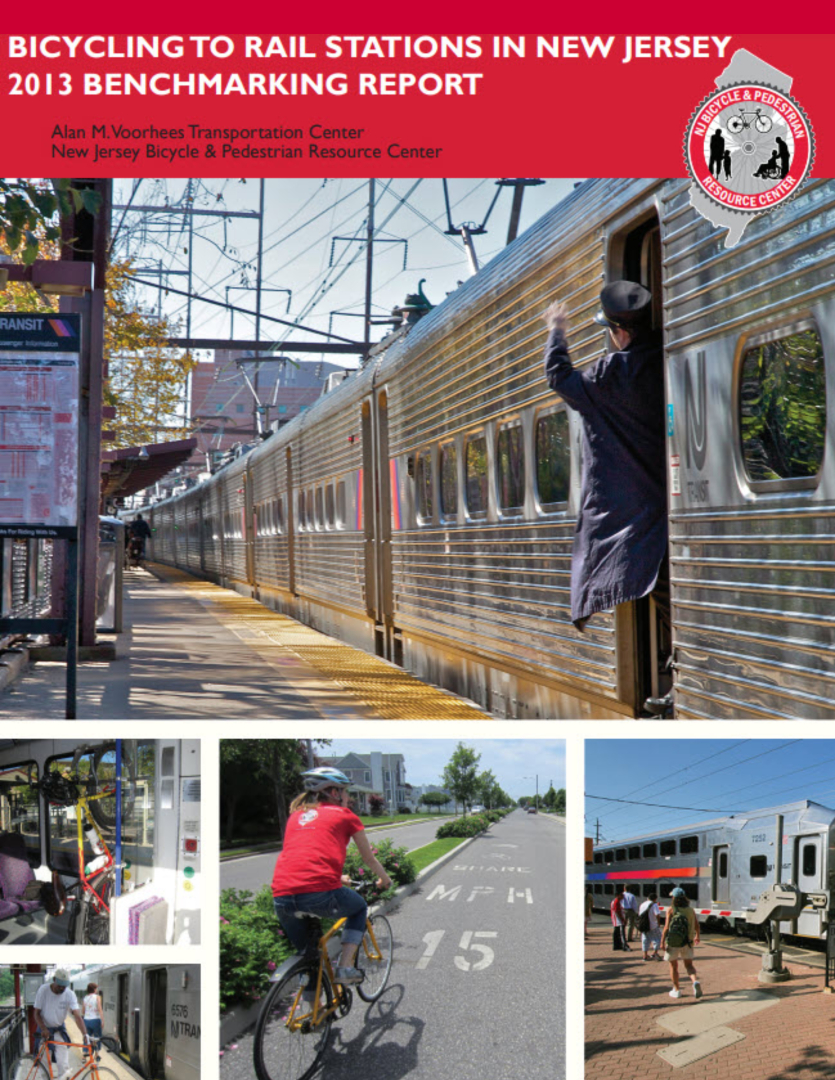 The Alan M. Voorhees Transportation Center (VTC) undertook an effort to benchmark the current state of travel by a unique set of travelers, transit riders who travel to stations by bicycle. Despite the state’s large commuter and light rail network, a very small proportion of rail users travel to or from stations by bicycle. According to a 2005 NJ TRANSIT survey of passengers on nine major commuter rail lines, less than one percent of the passengers arrive at the station by bicycle overall and the proportion of passengers arriving at the station by bicycle is less than five percent even at those stations most commonly accessed by bicyclists.

The low proportion of bicycling trips to access stations in New Jersey requires attention. Understanding the needs of current bicyclists and addressing the barriers that prevent potential bicyclists from accessing stations in the state’s expansive network can augment the use of bicycles, and at the same time, increase rail ridership. To fill this knowledge gap, VTC collected data to document the current levels of travel by bicyclists to rail transit stations during commuting hours, to learn about the conditions they encounter along their trips and at stations, to understand their motivations in choosing this means of access to stations, and to learn in more detail the travel behaviors of those who make these kinds of journeys and of their travel more generally. To do this, VTC conducted several data collection activities: 1) counts at 35 stations of bicyclists who ride to station for the purpose of boarding trains; 2) inventories of 214 stations and the approaching roadways to document conditions experienced by bicyclists traveling to stations; 3) a focus group with bicyclists who travel to rail stations to learn first-hand about their experiences; and 4) a survey of bicyclists who travel to stations. Together, these activities benchmark the current state of rail commuters who access stations by bicycle and provide a resource for the evaluation of future conditions.