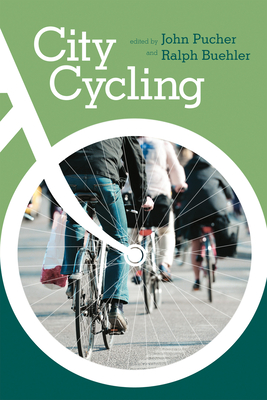 Bicycling in cities is booming, for many reasons: health and environmental benefits, time and cost savings, more and better bike lanes and paths, innovative bike sharing programs, and the sheer fun of riding. City Cycling offers a guide to this urban cycling renaissance, with the goal of promoting cycling as sustainable urban transportation available to everyone. It reports on cycling trends and policies in cities in North America, Europe, and Australia, and offers information on such topics as cycling safety, cycling infrastructure provisions including bikeways and bike parking, the wide range of bike designs and bike equipment, integration of cycling with public transportation, and promoting cycling for women and children.

City Cycling emphasizes that bicycling should not be limited to those who are highly trained, extremely fit, and daring enough to battle traffic on busy roads. The chapters describe ways to make city cycling feasible, convenient, and safe for commutes to work and school, shopping trips, visits, and other daily transportation needs. The book also offers detailed examinations and illustrations of cycling conditions in different urban environments: small cities (including Davis, California, and Delft, the Netherlands), large cities (including Sydney, Chicago, Toronto and Berlin), and “megacities” (London, New York, Paris, and Tokyo). These chapters offer a closer look at how cities both with and without historical cycling cultures have developed cycling programs over time. The book makes clear that successful promotion of city cycling depends on coordinating infrastructure, programs, and government policies.