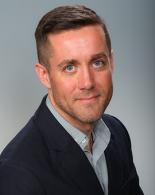 Dr. Michael Smart, most recently a post-doctoral researcher and lecturer at UCLA and research lead for the Complete Streets Initiative at the Luskin School of Public Affairs, will join the faculty of the Edward J. Bloustein School of Planning and Public Policy, Rutgers University in September 2013. Dr. Smart’s current research explores the ways in which social networks embedded in particular neighborhoods of affinity—such as immigrant neighborhoods and gay and lesbian neighborhoods—influence the activity patterns of those who live in those neighborhoods. His work has examined the extent to which immigrant neighborhoods across the country function as “cities-within-cities,” and developed novel techniques for describing the inward- or outward-focus of neighborhoods. In addition, Dr. Smart is currently heading a multi-year research project funded by the Federal Transit Administration on public participation processes related to transportation projects in immigrant neighborhoods, as well as another project examining the effect of a new bicycle-sharing system on mode choice in downtown Los Angeles. He received his PhD from the Department of Urban Planning at UCLA’s Luskin School of Public Affairs in 2011, as well as a Master’s degree in City and Regional Planning from the University of Pennsylvania in 2006 and a Bachelor’s degree in German from Yale in 2000. He was the recipient of a Fulbright scholarship in 2002, when he conducted research on notions of immigration and citizenship in Germany.