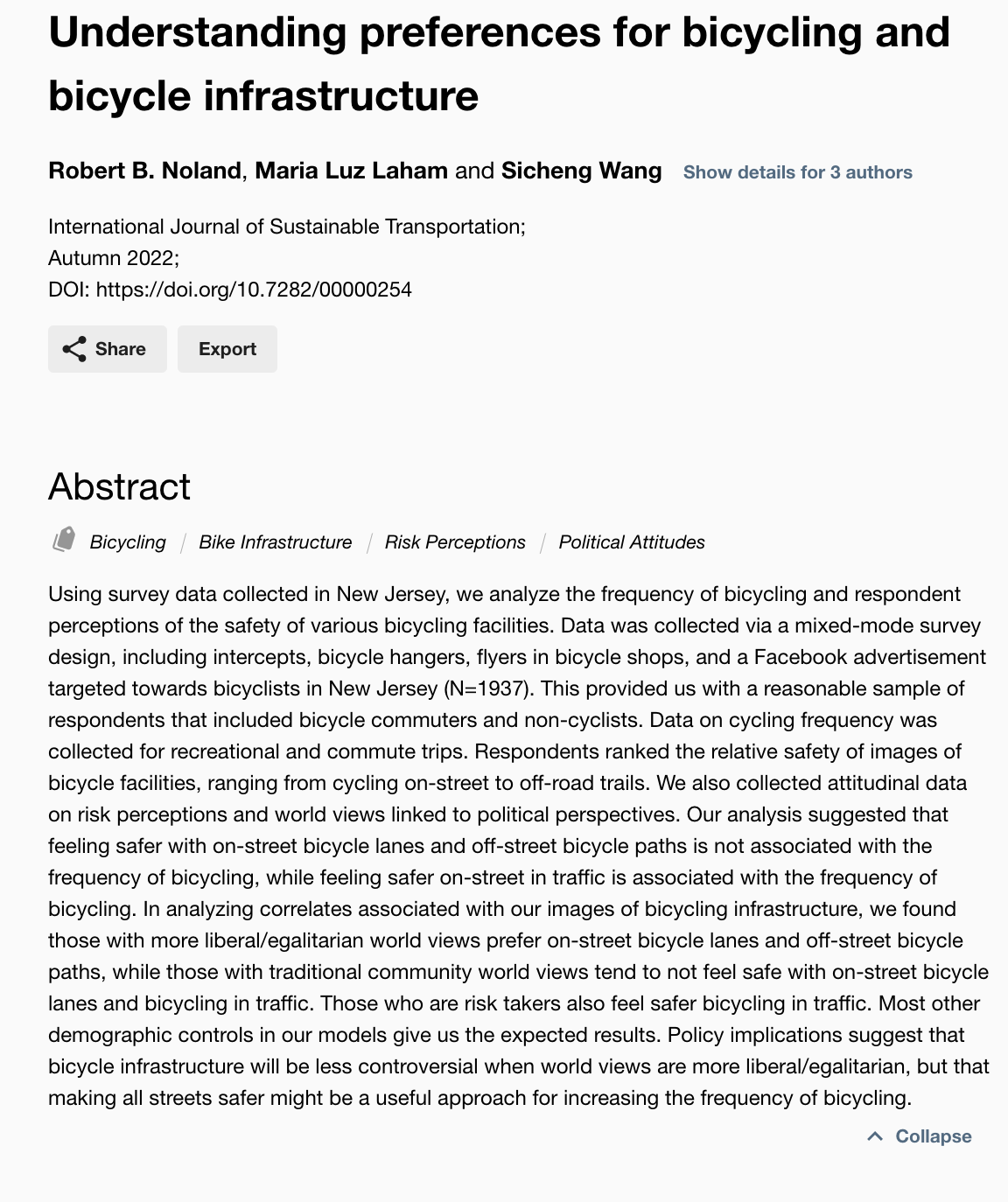 Using survey data collected in New Jersey, we analyze the frequency of bicycling and respondent perceptions of the safety of various bicycling facilities. Data was collected via a mixed-mode survey design, including intercepts, bicycle hangers, flyers in bicycle shops, and a Facebook advertisement targeted towards bicyclists in New Jersey (N=1937). This provided us with a reasonable sample of respondents that included bicycle commuters and non-cyclists. Data on cycling frequency was collected for recreational and commute trips. Respondents ranked the relative safety of images of bicycle facilities, ranging from cycling on-street to off-road trails. We also collected attitudinal data on risk perceptions and world views linked to political perspectives. Our analysis suggested that feeling safer with on-street bicycle lanes and off-street bicycle paths is not associated with the frequency of bicycling, while feeling safer on-street in traffic is associated with the frequency of bicycling. In analyzing correlates associated with our images of bicycling infrastructure, we found those with more liberal/egalitarian world views prefer on-street bicycle lanes and off-street bicycle paths, while those with traditional community world views tend to not feel safe with on-street bicycle lanes and bicycling in traffic. Those who are risk takers also feel safer bicycling in traffic. Most other demographic controls in our models give us the expected results. Policy implications suggest that bicycle infrastructure will be less controversial when world views are more liberal/egalitarian, but that making all streets safer might be a useful approach for increasing the frequency of bicycling.