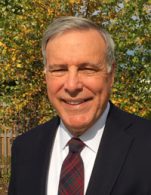 The recipient of the 2016 Bartlett Award is Robert. E. Skinner, Jr., former Executive Director of the Transportation Research Board. Mr. Skinner is honored with the award for his contribution to nation’s roadway system through his support of research programs that produced a continuous flow of innovations that improved the safety, performance, and cost-effectiveness of the system.

Mr. Skinner retired in January 2015 after more than 30 years of service to the National Research Council—21 years of which he served executive director of TRB. During his years in charge of TRB, its various divisions are credited with producing more than 1,000 publications that address highway related needs. Mr. Skinner joined the VTC Advisory Board in 2015.

The George S. Bartlett Award was established in 1931 by a group of friends of George S. Bartlett to perpetuate the spirit of friendship and helpfulness that he brought to his work in the highway field. The award is conferred annually on an individual who has made an outstanding contribution to highway progress. The recipient is selected by a Board of Award composed of one representative each from the American Association of State Highway and Transportation Officials, the American Road and Transportation Builders Association, and the Transportation Research Board.