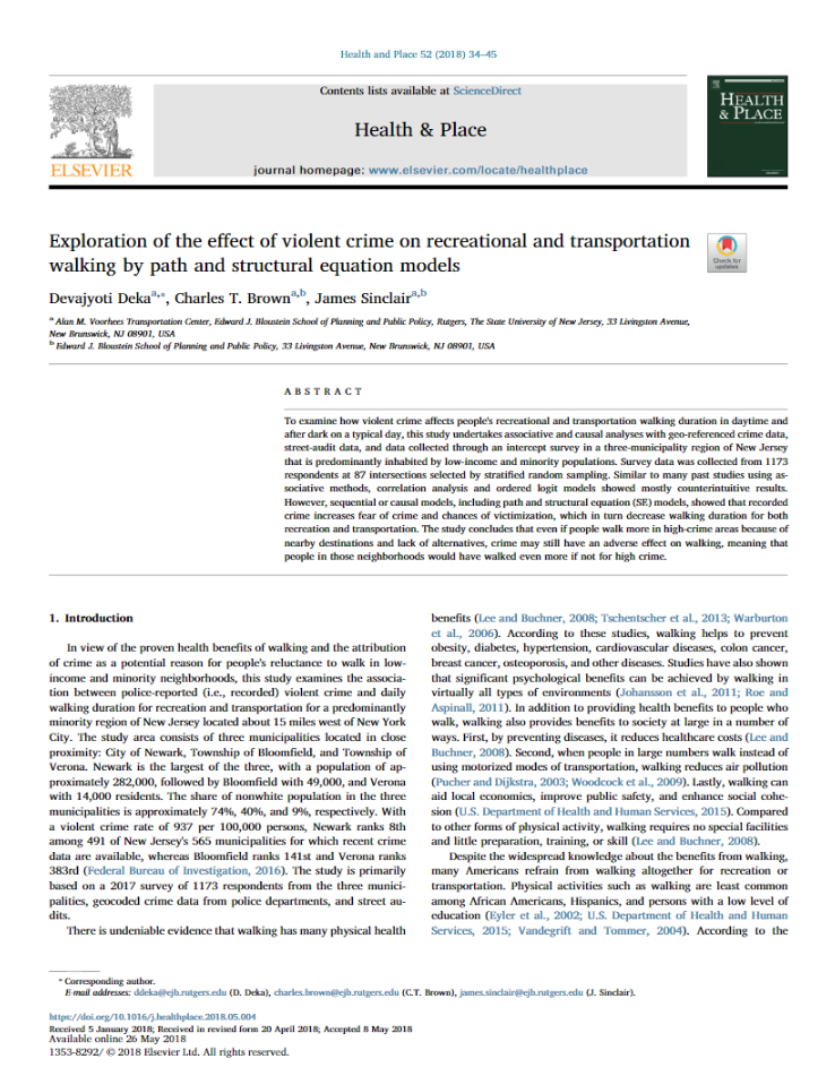 To examine how violent crime affects people’s recreational and transportation walking duration in daytime and after dark on a typical day, this study undertakes associative and causal analyses with geo-referenced crime data, street-audit data, and data collected through an intercept survey in a three-municipality region of New Jersey that is predominantly inhabited by low-income and minority populations. Survey data was collected from 1173 respondents at 87 intersections selected by stratified random sampling. Similar to many past studies using associative methods, correlation analysis and ordered logit models showed mostly counterintuitive results. However, sequential or causal models, including path and structural equation (SE) models, showed that recorded crime increases fear of crime and chances of victimization, which in turn decrease walking duration for both recreation and transportation. The study concludes that even if people walk more in high-crime areas because of nearby destinations and lack of alternatives, crime may still have an adverse effect on walking, meaning that people in those neighborhoods would have walked even more if not for high crime.