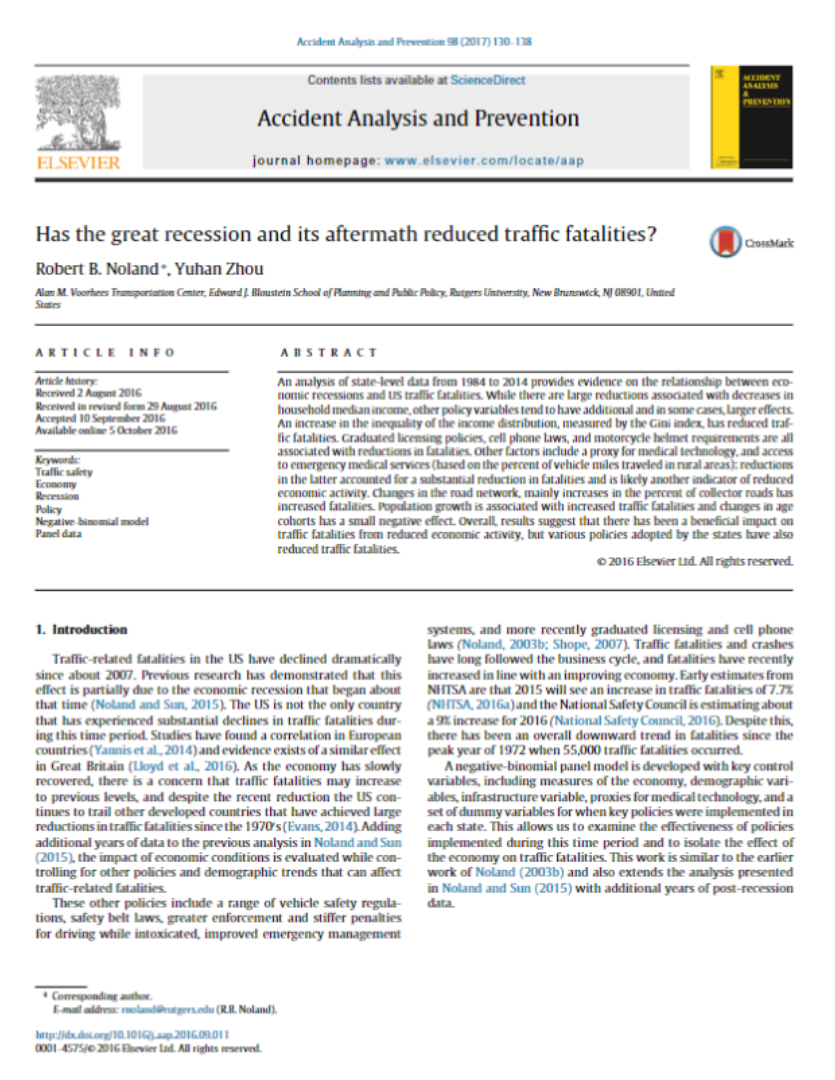 Has the Great Recession and its Aftermath Reduced Traffic Fatalities?

An analysis of state-level data from 1984 to 2014 provides evidence on the relationship between economic recessions and US traffic fatalities. While there are large reductions associated with decreases in household median income, other policy variables tend to have additional and in some cases, larger effects. An increase in the inequality of the income distribution, measured by the Gini index, has reduced traffic fatalities. Graduated licensing policies, cell phone laws, and motorcycle helmet requirements are all associated with reductions in fatalities. Other factors include a proxy for medical technology, and access to emergency medical services (based on the percent of vehicle miles traveled in rural areas); reductions in the latter accounted for a substantial reduction in fatalities and is likely another indicator of reduced economic activity. Changes in the road network, mainly increases in the percent of collector roads has increased fatalities. Population growth is associated with increased traffic fatalities and changes in age cohorts has a small negative effect. Overall, results suggest that there has been a beneficial impact on traffic fatalities from reduced economic activity, but various policies adopted by the states have also reduced traffic fatalities.