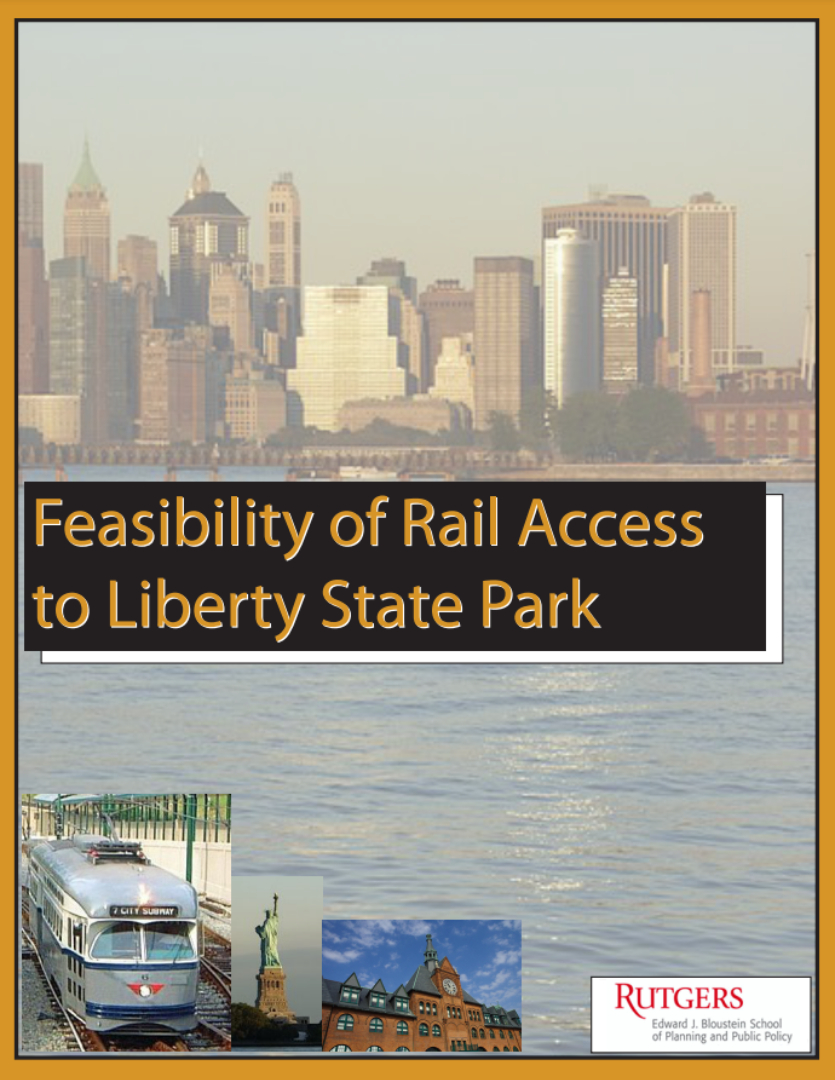 For the 2008 fall semester, students at the Edward J. Bloustein School of Planning and Public Policy completed a studio project regarding possible creation of a rail component to Liberty State Park (LSP) in northern New Jersey. The three advisors and thirteen students have produced the report presented here.

The park contains the former terminal for the Central Railroad of New Jersey (CRRNJ) and was the next destination for hundreds of thousands of immigrants after they passed through nearby Ellis Island. Trains took the immigrants from the terminal to their final destinations, either in New Jersey or beyond. Over time, the tracks were removed and the train shed fell into disrepair. Fortunately, the terminal building survived and has been rehabilitated to serve the park’s needs.

But what of the trains? There are currently three railcars on display near the train shed, but they were not historically used at that terminal and were merely repainted to give that impression. Over the years, many of the actual cars have been lost or reduced to scrap, but a significant number have been preserved and restored through the efforts of the Friends of the New Jersey Transportation Heritage Center and the United Railroad Historical Society. The group also has three Presidents Conference Committee (PCC) trolley cars in its collection. The purpose of the studio was to determine if there is potential for reusing these historic railcars in the area they were originally intended for.

What follows is the conclusion of research, site visits, and conversations with officials from the park and its neighbors. The results presented are only a suggestion, and are meant to be supplemented by contributions from administrators, contractors, and the park’s neighbors.

The students wish to thank their advisors Martin Robins, Bill Vigrass, and Bill McKelvey for their dedication to and support of this unique project.